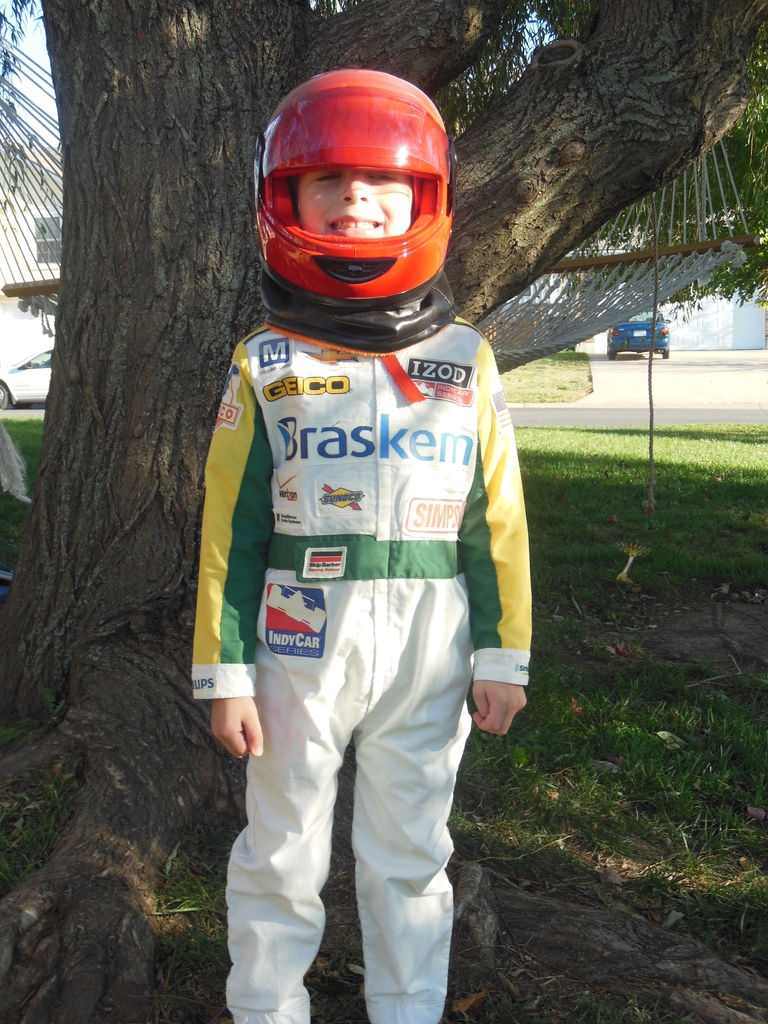 Believe it or not, I talked him out of the race car as part of the costume, too.

Pattern:  traced off a pair of Carter's footie jammies.  There's even a crotch gusset, which was not as fun as I had hoped. 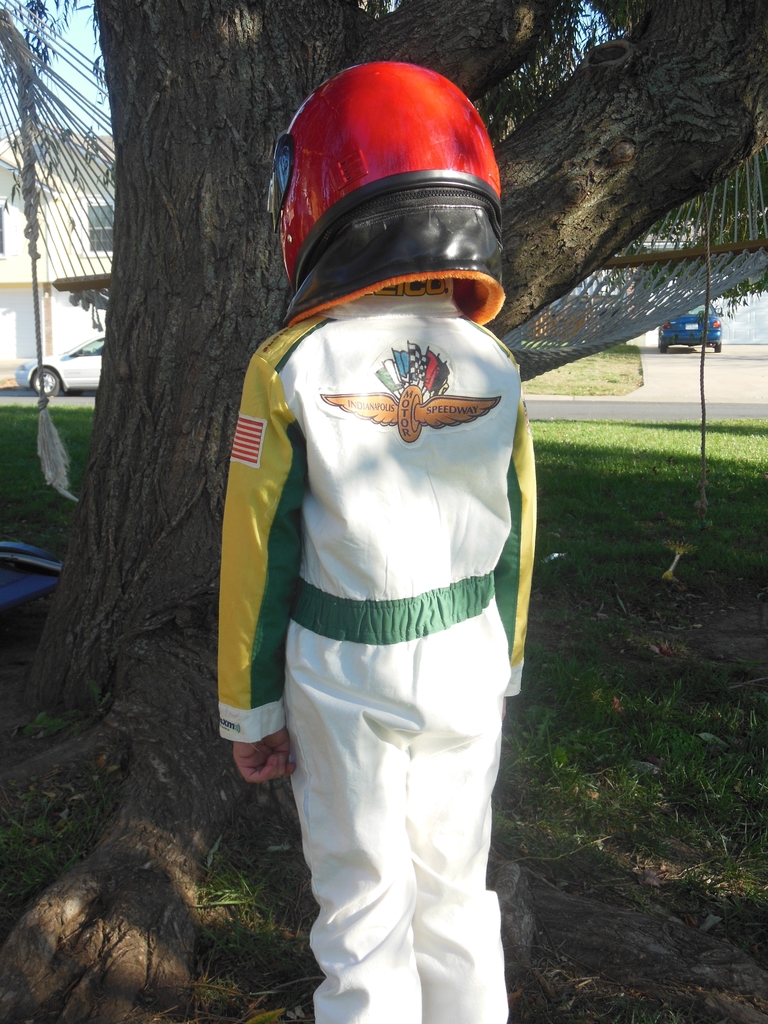 from Fabric.com at @2.98 each, botton/poly muslin for interlining (cheap broadcloth was see-through) thread from stash, reclaimed zipper, interfacing for collar, 1" elastic for back belt, and

Time to finish: a couple of evenings over several weeks,

Wear again: I'll have to pry it from his sleeping fingers in order to wash it.

Tony Kanaan is his favorite racer, so I used TK's color scheme for the sleeves and belt.  I had to take a couple of liberties, though, with the sponsors....first off, TK is from Brazil, but I went with an American flag instead because, well, you know.  Second, I ended up having to sew the sponsor patches on instead of directly ironing them on the costume, so a lot of the planned sponsors (on the sleeves) got cut.  And third, no matter how many times I googled "Tony Kanaan rear view", I just couldn't find what I was looking for.  I'm probably now flagged for questionable spam for years.  In any case, I ended up putting the Indianapolis 500 logo on the back because it needed something.