The "Because I'm Obnoxious" Jacket

I know this makes me the Worst Person Ever, but the first thing I think of when someone says "Queen's Jubilee" is...the Sex Pistols riding down the Thames during the Silver Jubilee in '77.

I am from a grudge-holding rebel city (Boston!) and used to live in a bitter imperial conquest (Quebec!), what can I say?

It's not that Queen Elizabeth hasn't reigned over an impressive list of fashion eras, or that she can't accessorize like a champ. But I'm knee deep in a Fifties-themed capsule collection for a sewalong, and I've got plenty of both retro and feminine comin' at me from that end. Besides, who can resist a little Johnny 'n Sid?

(At least I've progressed since seventh grade, when dressing up as Nancy Spungen for Halloween--blonde wig, knife wounds, and all--seemed like the Best Idea In the World...) 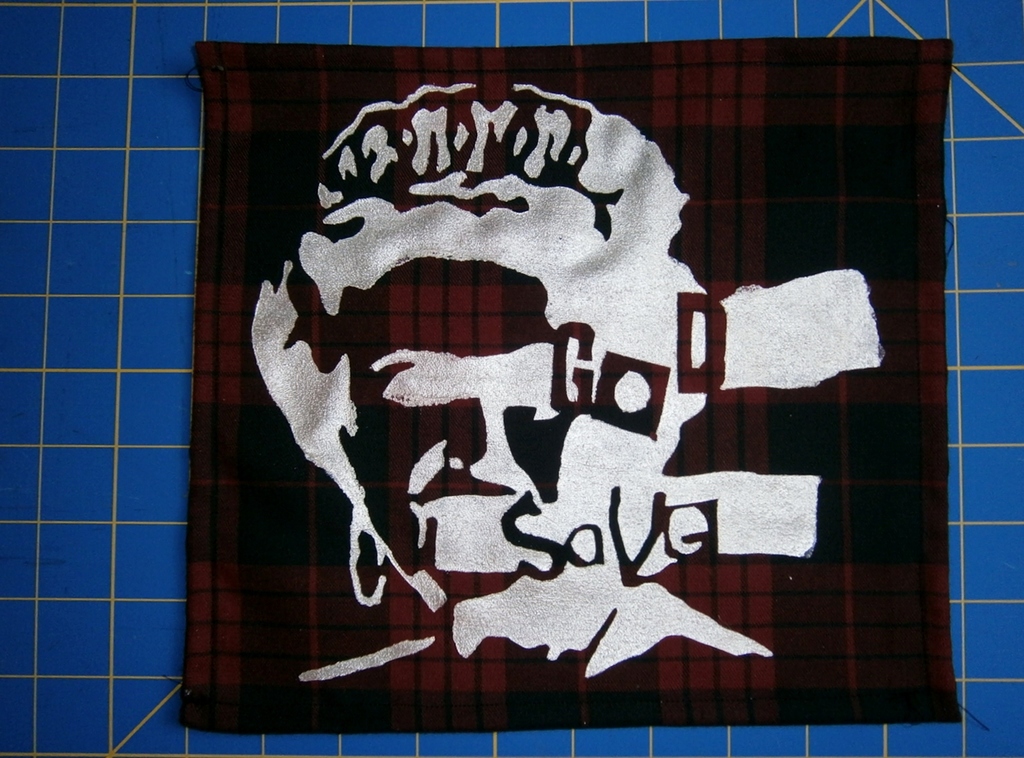 I made this in a fit of frustration last week while attempting to finish a very uncooperative skirt (for the aforementioned sewalong--ye Gods), and hadn't really thought of posting about it--why start my Sew Weekly tenure on such an unambitious note?--but as I read back through the Diamond Jubilee posts, nobody else I saw (except Kazz, in passing) had made this connection, so I figured I'd put my two (blasphemous) cents in. So now I'm super late! But I've had my disrespectful say. 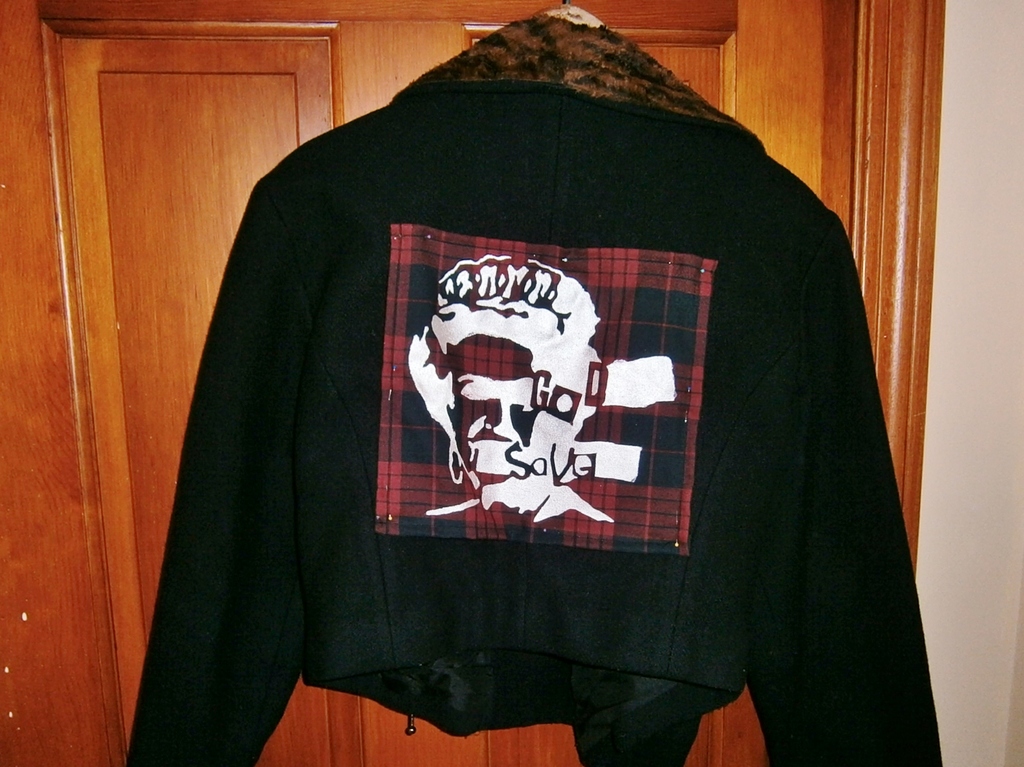 It isn't too much of a sewing job, really (the other reason I was hesitant to post about it)--I made the back patch out of an orphaned flannel shirt, but the main feature is, of course, the stencil. The jacket, picked for the photos because of the leopard collar (what up, Sid), is not actually going to be the patch's final resting place, so it's only pinned on (I MEAN, I only had sewing thread, and everyone knows TRU PUNX use dental floss, right? Though it occurs to me that they also use safety pins, which, uh, I didn't) for now, until I retrieve the jean jacket I wanna use from the friend's house where I left it weeks ago...