Made by me but not for me !!! What did you make for someone else?

When you start sewing, there is always a question when you show a project to someone _ "Can you make me one?" Or maybe a gift with more personality was the motivation.

What have you sew/made for someone else? Please share pictures too.

Permalink Reply by margueritedesigns on May 6, 2011 at 1:40am
All gorgeous!

Well, up until the start of this year most of the sewing I did was for other people! The problem is, I don't own a camera (my clumsiness kills them. Oh yes, there's been more than one) so often I give them away before I take photos. I did a search of my computer to find the photos I do have of things I've made for others (using borrowed or mobile phone cameras!) and came up with 27 photos. I won't share them all here!! Here's a bit of a summary:

Clothes for kids I don't know and will never meet (aka. made for kids of friends of work colleagues):

- 1940s rompers using Butterick 6144 seen here andhere. I thought it would be cute to modify the pattern by adding corded piping to both edges of the metres and metres of ruffles. They took HOURS and now I hate ruffles and corded piping!

- I've appliqued lots of rompers for babies. There's an owl, a giraffe and an elephant. Here are some others: 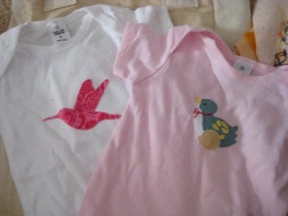 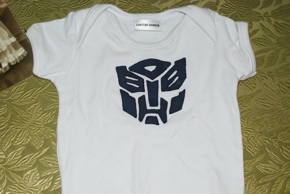 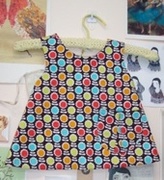 I've also made lots of clothes for my nephew. Some of these include a truck hoodie, lion hoodie, lion pants and dinosaur pyjama pants.

I've also appliqued a lot of panels and turned them into bags for friends. I really regret giving this one away - it took hours! 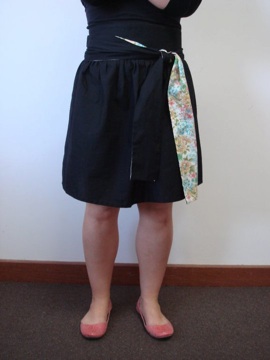 Other things I don't have photos of include cable knitted scarves, a cable knitted blanket for my nephew, a knitted dress for a friend's toddler (also regret giving that away - it took me six months!), lots of soft toys, a handsewn map of a group of Indonesian Islands for a friend's wedding present (it was where they met) and lots of other kids' clothes for other people's kids.

I'll leave you though with perhaps one of the strangest/most amusing things I've made for someone else. Awhile ago I sent Veronica Darling a stack of my vintage patterns for her to borrow. I decided to make a bag for the patterns to go in because I like to send pretty packages. I'd been thinking for awhile about whether I could turn a photo into an applique image. Knowing how much Veronica loves her puppy (and who wouldn't, she's adorable!), I thought I'd try turning this photo of her dog into a panel and then into a bag (I also knew that she'd have the sense of humour required for such a strange gift!): 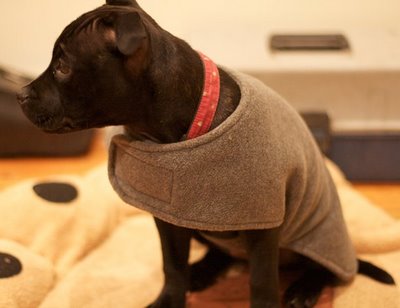 This was the outcome. Apologies for the mobile phone photo, see Veronica Darling's much, much better photos here! 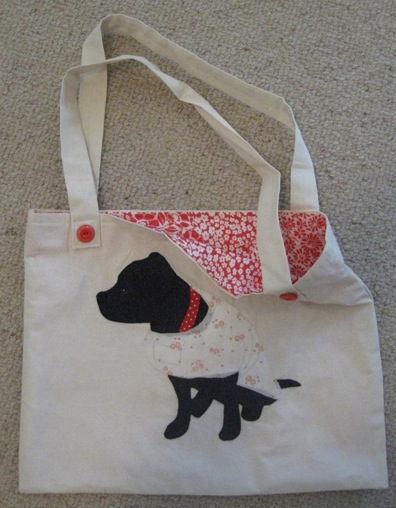 Permalink Reply by oonaballoona on May 6, 2011 at 7:15am
doggie darling!!! that is awesome. and i love that obi belt skirt, that one wouldn't have left my clutches.

Sheer coincidence but when I was out at lunch today, I saw some great fabric of doggies in coats repeated all over!

Wow, you are super generous as well as talented.

Permalink Reply by Barbara Jugovac on July 8, 2011 at 4:25am
Love the onesies and pinafores aaand the bag!!

I tend to make gifts,  Here are a few I made for Mothers Day.

My mom's new purse.  It's got a center pocket that I'm too lazy to take pics of, and a lining pocket (I always think of it as a chap-stick and change pocket). 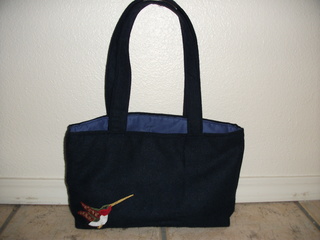 Beer cozies for my step mom.  I asked what she wanted...  It was interesting.  I think I'd do it differently next time.  They zip down the back and have elastic around the neck to keep it tight.  Lightly padded. 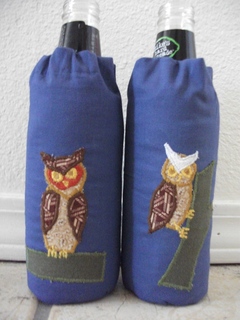